All our professionals at Virginia Foot & Ankle Center maintain the highest levels of accreditation and pursue ongoing education to stay abreast of the latest trends in foot and ankle surgery. All of our Surgeons are Certified in Foot Surgery by the American Board of Foot and Ankle Surgery. 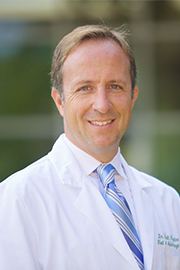 Dr. Vantre received his undergraduate degree in Biology, with a minor in Politics from Wake Forest University in 1994 and his doctorate degree from Temple University School of Podiatric Medicine in 2001. He has the distinguished honor of being a member of both the Pi Delta National Podiatric Medical Honor Society as well as the Stirling-Harford National Anatomic Honor Society. After medical school, Dr. Vantre completed a three-year Foot and Ankle Surgical Residency at The Graduate Hospital (Drexel University School of Medicine) in Philadelphia, PA in 2004. Upon completion of his residency program, Dr. Vantre moved to Richmond, VA to join, and eventually purchase the extraordinarily successful and highly regarded foot surgery practice of Dr. Jonas Katz. Dr. Vantre expanded and grew the practice, treating patients with ankle injuries/ deformities as well as performing reconstructive and revision surgeries of the foot and ankle. He has been providing comprehensive foot and ankle surgical care to patients in the Richmond metropolitan area for over fifteen years. He is a Fellow of the American College of Foot & Ankle Surgeons and a Diplomate of the American Board of Foot and Ankle Surgery and is a voting member of the St. Mary's Ambulatory Surgery Center Board of Directors. He previously served on the Physicians Advisory Board and the Medical Executive Committee of the St. Mary's Ambulatory Surgery Center from 2006-2019. Dr. Vantre is the Assistant Fellowship Director/ Director of Fellowship Research for the Virginia Fellowship for Reconstruction, Revision, and Limb Preservation of the Foot and Ankle.  Dr. Vantre also served as the Affiliate Program Director for the Richmond Foot and Ankle Surgery Rotation for third year residents from Medstar Georgetown University Hospital/ Washington Hospital Center from 2018-2021. He is a former Board Member-at-Large of the Virginia Podiatric Medical Association Board of Directors. Dr. Vantre is an active member of the Medical Staff at Bon Secours St. Mary's Hospital and is a member of the Medical Executive Committee.

Dr. Vantre continues to be named one of Richmond's Top Doctors (2008, 2011, 2012, 2013, 2014, 2015, 2016, 2017, 2019, 2020, 2021, 2022) as voted on by his peers in the medical community and is uniquely qualified to treat any traumatic, reconstructive, or congenital conditions of the foot, hindfoot, ankle, and lower leg. He is Certified in Foot and Reconstructive Rearfoot/ Ankle Surgery by the American Board of Foot and Ankle Surgery . He has received extensive surgical training in both orthopedic and podiatric foot and ankle surgery techniques. He continues to be at the forefront of foot and ankle surgery in the Richmond area and sees patients who are referred from all over central Virginia for surgical consultation. Dr. Vantre's areas of special interest include: bunion surgery, diabetic limb salvage, treatment of the diabetic foot, foot and ankle reconstruction, joint replacement, ankle arthroscopy, revision foot and ankle surgery, and sports medicine.

Dr. Vantre is on the active Staff at most area hospitals including, Bon Secours St. Mary's Hospital, St. Mary's Ambulatory Surgery Center, St. Francis Medical Center, and Henrico Doctors Hospital. He is Chief of the Podiatric Surgery Section of the Department of Orthopaedics at St. Mary's Hospital in Richmond, VA and is a Member-at-Large Officer of the St. Mary's Hospital Medical Executive Committee for 2020-22.

In his spare time away from the office, Dr. Vantre enjoys spending time with his wife, Elizabeth and their 4 children. He also enjoys the outdoors, traveling, and watching college football. 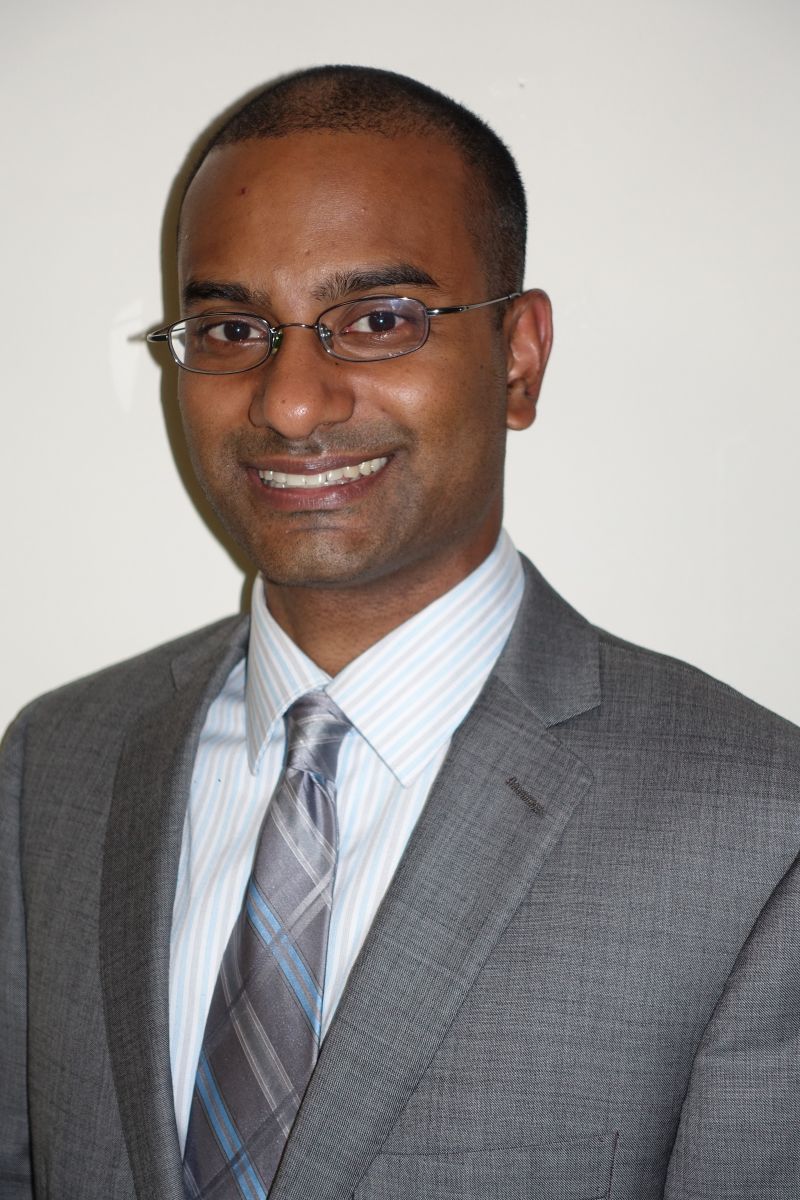 Since July 2011, Virginia Foot & Ankle Center, P.C. has been the professional home of Dr. John J. Kadukammakal. Dr. Kadukammakal is originally from Philadelphia, PA. He graduated from Widener University in 2004, and received his Doctorate from the Temple University School of Podiatric Medicine in 2008.

Upon graduating from podiatric medical school, Dr. Kadukammakal finished a three year Foot and Ankle Surgical Residency at the Crozer-Keystone Health System; a five hospital system located in Chester, PA. Dr. Kadukammakal is Certified in Foot Surgery by the American Board of Foot and Ankle Surgery . He is well trained in all aspects of Foot & Ankle surgery ranging from common forefoot deformities such as Bunions and Hammertoes, to more complex rearfoot and ankle deformities such as Flatfoot disorders and Diabetic Limb Salvage.

In 2011, Dr. Kadukammakal co-authored a retrospective study entitled, “Assessment of Partial First Ray Resections and Their Tendency to Progress to Transmetatarsal Amputations.” This study was published in the Journal of the American Podiatric Medical Association in September 2012.

On April 9, 2011, Dr. Kadukammakal married his college sweetheart Julie Greenwood, a Virginia native and a fellow podiatrist in the area. The happy couple is settled in Mechanicsville with their three children, Mark, Anna, and Megan. 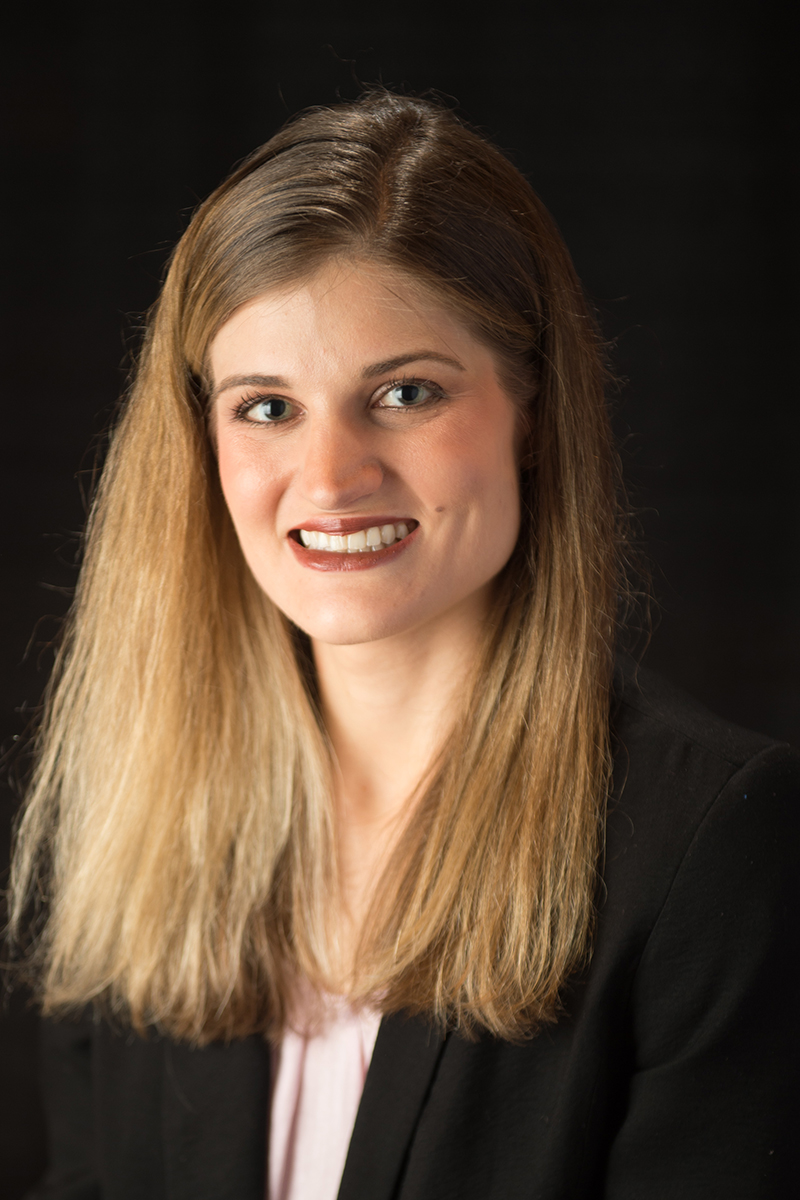 Amy Kruger is originally from St. Louis, Missouri. She graduated from the University of Notre Dame in 2010 with an undergraduate degree in Psychology and Pre-Professional Studies. After her graduation, she moved to Puerto Rico where she taught English, organized an afterschool tutoring program, and became fluent in Spanish.

After medical school, she completed her three-year residency in Podiatric Medicine and Surgery with Reconstructive Rearfoot/Ankle Surgery at St. Luke’s University Health Network in Allentown, PA. She is well-trained in all aspects of foot and ankle surgery ranging from common forefoot deformities such as bunions and hammertoes, to more complex rearfoot and ankle deformities such as Flatfoot disorders and Diabetic Limb Salvage, as well as wound care. She is Certified in Foot Surgery by the American Board of Foot and Ankle Surgery and on staff at St. Mary's and Bon Secours St. Mary's Wound Center.

In her free time, she enjoys going on adventures with her boyfriend and their cockapoo Tallulah. She also enjoys reading, gardening, traveling, and hiking!